Build It and They Will Come

“Build it and they will come.”  The line made famous by Kevin Costner’s 1989 classic film, Field of Dreams, is finding new relevance in the post pandemic commercial real estate world.  The demand for industrial warehouse space is driving rents 40% higher in 2022 than the 2019 pre-pandemic rates.  As a result of the sustained imbalance between supply and demand, it would seem that the industrial build-to-suit options marketed for the past 20 years would be under construction.  However, tenants cannot wrap their heads around waiting for 18 months to occupy space.  Instead, tenants in need of high-bay warehouse space are finding other ways to get by or forego growth.  These options may be secured at a premium by utilizing third party logistics providers (3PLs), thus adding to inflation, or justified by the need for short-term flexibility vs. longer-term growth.

Companies presented with the possibility of occupying newly constructed space in a 3-6 month timeframe would have a viable option, yet may face a bidding war for the space.  A recent example of this unique reality is the 230,000 SF high-bay warehouse constructed at 2 Howe Drive in Amherst.  The project was originally planned to be constructed in two phases.  In Phase One, the entire 230,000 SF building shell would be constructed, but only 130,000 SF of the interior would be completed. Once Phase One was fully leased, the final 100,000 SF would be completed in Phase Two.  The land was secured in 2019 and the approval process began. By early 2020, the tilt-up precast concrete panels were erected just in time for the start of the pandemic. Yet, the developer was undeterred and continued with the construction. 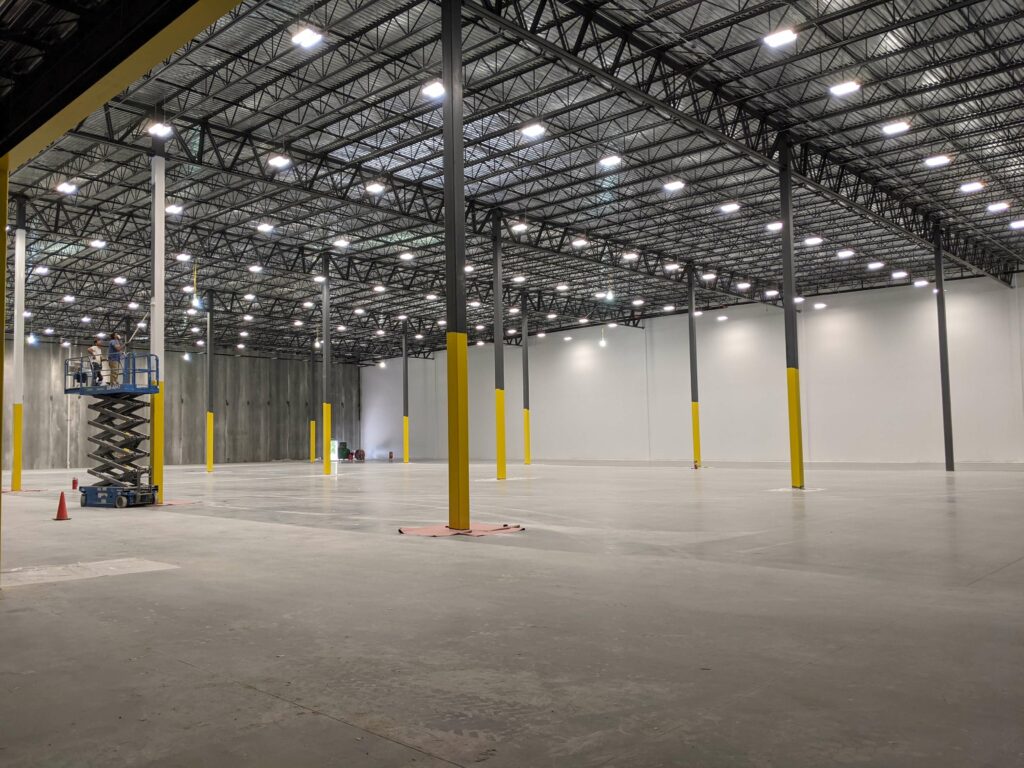 In those early days of the pandemic shutdown, economic experts predicted disaster.  However, the demand for distribution of goods to be delivered directly to consumers accelerated rapidly.  Consumers were flush with cash due to the Payroll Protection Program and other short-term government programs designed to keep households afloat.  The increase in working remotely meant that people were looking to relocate to less crowded areas to live. Working remotely created an unexpected increase in demand for residential properties, along with the ancillary increase in building materials, appliances and furniture that accompany setting up a new household.

Meanwhile, the construction was underway at 2 Howe Drive with an actual Phase One completion date of June 2021, and the prospects and tours arrived from miles around.  With an extremely limited supply of quality high-bay warehouse space, and the ever-increasing demands of the pandemic, companies struggled to find space. In turn, landlords in New Hampshire and Massachusetts began increasing their lease rates dramatically at every opportunity. While the 2 Howe Drive project was intended to be constructed in two phases, the pace of tours and engagement forced the acceleration of the second phase with the building being 100% leased six months before completion.  Additionally, the lease rate was 30% higher than expected from when the project was originally planned. 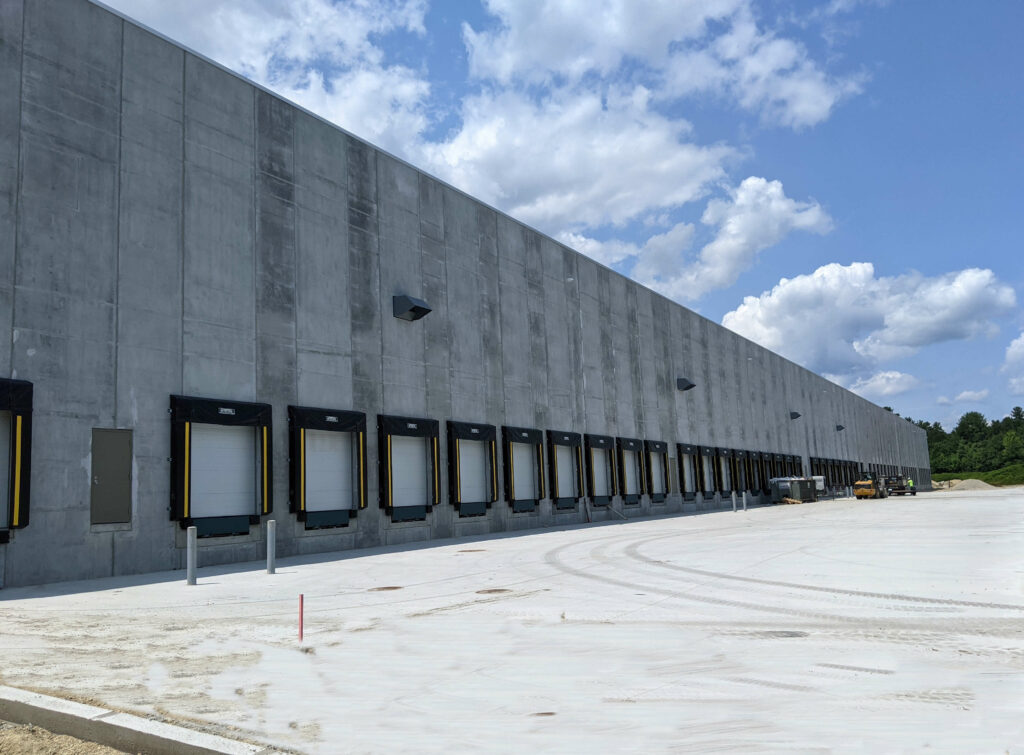 Good news travels fast in the commercial real estate community.  We now have three Boulos client-developers that are beginning construction on 400,000 SF of high-bay warehouse space.  In development is 50,000 SF in Bow, New Hampshire, 200,000 SF in Belmont, New Hampshire and 150,000 SF in Methuen, Massachusetts.  As predicted, tenants looking for this type of space are scouring the region hoping to find space to occupy in 2022. These prospective tenants are not willing to sign a lease with a 2023 occupancy date.  These three developers are building at full speed knowing that once the massive panels are up and the roof is on, these same prospective tenants will still be in the market and now willing to commit to space that is 3-6 months out.

If the increased demands caused by the pandemic weren’t bad enough, the 7.5% sustained inflation rates have increased the construction costs and extended delivery dates for construction materials.  The ever-present build-to-suit options are seeing additional disadvantage in that landlords cannot commit to a final lease rate for a building. This is because deposits need to be made to secure long lead-time supplies in order to establish final pricing.  Tenants considering a build-to-suit option not only have to wait 12-18 months for occupancy, they may also be impacted by increased cost of construction labor and materials as they wait for delivery of their space.  Therefore, developers will benefit from the increased value of their buildings that are under construction, with delivery schedules in place, and final pricing secured.

Developers that own or control land continue to see the sustained demand for high-bay warehouse, as well as the increases in construction costs.  They are tempted to begin construction but are reluctant to take the risk.  What if the pandemic effects lessen and inflation begins to decline? Could developers miss their window of opportunity? For right now, the climate indicates if you build it, they will come.

Build It and They Will Come