Construction Costs and the Impact on the Commercial Real Estate Market

It is no secret that new construction in today’s market is more costly than it has been in recent memory. According to a report released in February 2022 from the US Census Bureau, construction costs went up by 17.5% from 2020 to 2021. It reported that it is the largest spike in this data from year to year since 1970*. In addition, current supply chain issues stemming from the early days of the pandemic have severely impacted construction timelines. Certain materials and/or mechanical systems now must be ordered 6-8 months in advance which can dramatically impact or delay entire projects. We are certainly noticing the impact these rising costs have on tenants, landlords, buyers, and developers. 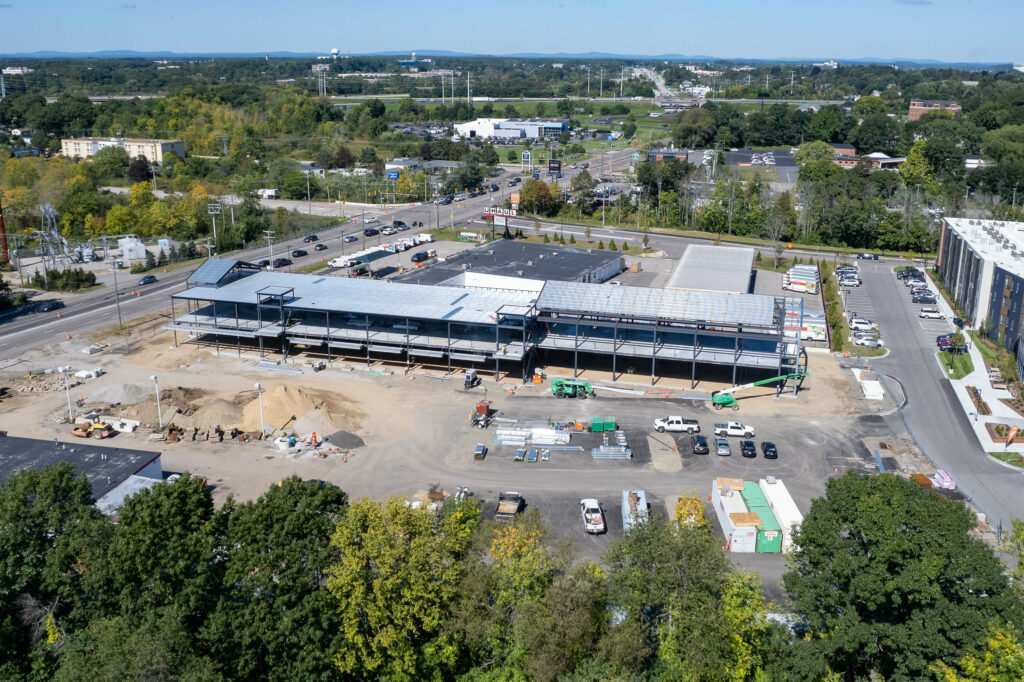 In my experience, it has been tenants and buyers that have been blindsided the most by pricing and delays. These clients are usually business owners that are experts in their fields but are not living and breathing changes in the construction or real estate market like a developer might be. Three years ago, it was somewhat easy to estimate tenant build-out costs. I would be able to quote an average price per square foot for medical space, retail space, or office build-out for tenants to use a rough budget when deciding on a new space or negotiating with a landlord. In the last year and a half or so, it has been a different process. The “industry estimates” commercial brokers used to be able to rely on suddenly became irrelevant. I recall one deal in the summer of 2021, where a tenant was looking to take a shell space/new construction and do a very generic commercial office build-out. This tenant had done a very similar project in their existing location in 2017 and thought they had a good understanding of what their costs would be. After negotiating a letter of intent with this in mind, they bid out their project to three different contractors. All three quotes came back within close range of each other and at almost three times the cost per square foot of what this tenant paid in 2017 for an identical project.

Unfortunately, we could not bridge the gap and the deal did not work out at that location. It taught me to start looking at the deal process differently and advise tenants and landlords on how to make sure they are prepared for these costs. I now tell tenants to do their construction research ahead of submitting a letter of intent. I have spent a lot more time asking local contractors questions about current pricing and then offering them as a resource/referral to tenants and buyers in the early stages of a prospect’s interest in a property. It is important for a tenant to not only have a realistic understanding of costs before making an offer on a space to lease but also for them to have a good relationship with their contractor and understand that contractor’s availability for the project and estimated timeline or anticipated delays for that project. The more knowledge a tenant or buyer has about their construction costs, the more effectively they can structure a deal that will work for them. It also empowers the tenant or buyer and their broker to share this information and effectively communicate these findings to landlords and sellers when negotiating a deal.

It will be interesting to watch the long-term impacts of these high costs and increased timelines. So far, on the Seacoast, the demand still ultimately outweighs these challenges. In the example outlined in this article, it was not long before we found a replacement tenant for the space who was willing to pay the costs necessary even though they were higher than anticipated. Not all tenants and buyers are in that position. We do notice, however, that there is enough demand out there that developers, sellers, and landlords have not been dramatically decreasing pricing to accommodate. I predict that as interest rates continue to rise and if these high costs remain, we will start to see demand slow down a little in Q3, which might lead to some pricing correction in 2023.

I asked local contractor and business owner, John Ricci of Ricci Construction in Portsmouth, NH for his opinion, and he shared the following reaction to my observations on costs and project timelines: “We do expect to see a slowdown in construction, which, while that might seem like a bad thing, WILL allow for supplies to catch up with demand”. He added that this temporary slowdown could only last the next 6-12 months, and it would ultimately, “drive construction costs down in 2023 and that will allow this market to continue to see strong growth in 2023 and beyond”.

So, it seems we might be on the cusp of a slight correction in the market as far as cost and supply chain issues are concerned. Let’s hope that is the case and, with increased awareness and preparation, we can continue to set up successful commercial real estate deals.