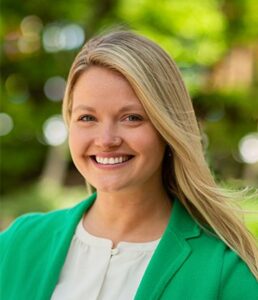 The Forest Avenue Corridor is on Fire

Once a hub for gas stations and automobile service centers, the Forest Avenue corridor has become a heavily-trafficked gateway to downtown Portland, home to restaurants, retailers, nonprofits, and more. Off-peninsula neighborhoods, such as Forest Avenue, have become a draw for businesses seeking relief from expensive downtown rents. For at least a decade, Forest Avenue and Woodford’s Corner have been hosting office tenants in affordable spaces and retailers have found the reasonable lease rates both appealing and more sustainable. Nonprofits, for whom making the best use of resources is vital, are finding the area particularly attractive.

This summer, The United Way of Greater Portland moved from a Class A office tower in downtown Portland into 10,600 SF at 550 Forest Avenue, also known as the Sanborn Building. The logic for a nonprofit is indisputable; costs were significantly cut, while access to downtown remains extraordinarily easy (the move was barely two miles from their former office). Other nonprofits that call Forest Avenue home include The Center for Grieving Children, The Portland Recovery Community Center, Wishrock Group, Maine Needs, and Gateway Community Services.

Many retailers have also found that a Forest Avenue presence makes sense, either instead of or in addition to their downtown space. Blake Orchard Juicery, with its original location on Exchange Street in the Old Port, opened a second location at 561 Forest Avenue. Maiz Columbian Street Food, formerly in the Public Market House on Monument Square, now resides at 621 Forest Avenue. Tipo Restaurant, just a half mile from Woodfords Corner on Ocean Avenue, was opened by the owners of downtown hot spot, Central Provisions, in response to complaints from CP regulars about the difficulties of downtown dining. New educational facilities are also changing the complexion of the Forest Avenue corridor. The University of New England announced that it would be moving the College of Osteopathic Medicine from its current Biddeford location to a new 110,000 SF facility on the Portland campus, as part of a five year plan. Additional plan components include a new athletics building, a new facilities building, a new academic building, a new residence hall, the conversion of the existing gymnasium to an academic building, and the redevelopment of a church into office space. The Portland campus already serves as home to University of New England’s College of Dental Medicine, the College of Pharmacy, and the Westbrook College of Health Professions.

UNE isn’t the only college expanding along the Forest Avenue corridor. The University of Southern Maine also has big plans. USM is spending $100 million to construct new student housing for 550 upperclassmen and grad students and a new, 60,000 SF career center. Future plans include a new graduate center for professional studies, a performing and fine arts center, and additional parking facilities to support the new projects and housing. The master plan submitted in January of 2019 also leaves room for future academic, housing, parking and/or athletic growth, further suggesting that the Forest Avenue corridor will continue to see new coffee shops, chic eateries, and hip boutiques due to the demand from the influx of students.

In this dynamic time for real estate, Forest Avenue and the surrounding neighborhoods continue to grow as new businesses see the benefits of making this area their home base. Given the projects underway and in the pipeline, the area will continue to evolve and thrive.