“Winter is Coming” for Al Fresco Dining in Maine 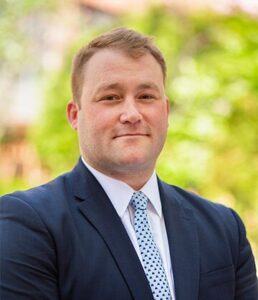 If the title of the article didn’t give it away, I am a big fan of HBO’s hit show Game of Thrones. The Starks of Winterfell were known for a saying that always came true in the story’s fictional setting of Westeros, as it does in the beautiful state of Maine, and that is: “winter is coming.”

The COVID-19 pandemic hit many industries hard, but the restaurant and bar industry had an extremely tough road to recovery. The initial March lockdown closed all establishments across the state for indoor dining and caused proprietors to go into survival mode, offering (and often pivoting to) take-out food and drink only. For some businesses, take-out was not economically viable, and those establishments simply closed until they could chart a path forward. The state’s reopening was slow and measured (and was sometimes met with fierce opposition) but ultimately provided a level of control over the spread of COVID-19, which for many allowed life to return to some sense of normalcy. As state regulations relaxed, restaurant owners adapted operations with new sanitation practices, social distancing procedures, and an abundance of PPE for both customers and employees.

Outdoor dining became the lifeline that allowed the restaurants we know and love to recover, and in some cases, even thrive. Those fortunate breweries and restaurants that had a patio, lawn, or a large enough parking area, transformed how those spaces were used and often expanded them as much as they could. Cities and towns allowed many businesses without dedicated outdoor space to put seating on sidewalks and streets. Portland closed upper and lower Exchange Street, Wharf Street, Dana Street and sections of others completely, allowing restaurants to embrace Al Fresco dining in ways previously unheard of in the City. Picnic tables were moved into parking spaces and umbrellas and tents erected to provide some protection from the elements. Portland saw an outdoor building boom as restaurants created unique outdoor environments in early spring which reflected the image and ambiance of the interior spaces we enjoyed pre-COVID. Reopening eateries were greeted warmly by patrons looking for their favorite dishes with a side of normalcy. Having some Korean fried chicken and a cocktail in the middle of Exchange Street at N to Tail is something I will always associate with this period of time.

Unsurprisingly, not all restaurants were able to weather the storm. Over twenty cafes, restaurants, and bars have closed in Greater Portland (many more across the state as a whole). Portland Food Map has been tracking closures and also keeps an ongoing inventory of available retail spaces for sale or lease that are suitable for food-related businesses; a tool for Portland’s culinary business community which The Boulos Company is proud to sponsor. I can personally attest that it was also a great resource for keeping tabs on who was providing take-out in March and April. The impact of this unprecedented event is not yet behind us and a new challenge is right around the corner as the leaves turn and temperatures drop. As Ned Stark said so many times in Game of Thrones, “winter is coming” indeed.

The path forward for Portland’s nationally-acclaimed restaurant scene is sure to be bumpy, as it will be for the commercial real estate industry that supports it. However, there are plenty of bright spots that make me bullish on the prospects for both. Businesses and local governments continue to come together to adapt: The Portland City Council recently approved a plan to allow the expanded outdoor dining on sidewalks, private property, and parking spaces along downtown streets to continue until January 4, 2021. Restaurants have added heaters and in some cases tents with side coverings to combat the dropping temperatures and shorter days; all in an effort to keep their patrons comfortable while enjoying food and drink outside. The owners of Portland Hunt & Alpine Club have noted that they’re excited to introduce “Base Camp Hunt and Alpine,” where they’ll be serving up hot drinks with locally made blankets to keep patrons toasty while they embrace winter. Additional measures will need to be taken when the snow starts to fall that will allow for plowing and snow removal operations to be carried out safely and efficiently, which is why the closed streets will start reopening to traffic November 1, starting with upper and lower Exchange Street.

In National news, the City of Chicago went as far as offering a national design challenge encouraging ideas to help restaurants safely operate throughout the winter. Ideas poured in ranging from building yurt-like structures, plastic domes, or constructing mini-cabins for customers. Protecting patrons from the wind will be key to keeping them comfortable while dining outside, so I am sure we’ll see the outdoor spaces that Portland restaurants created in spring continue to evolve. The owner of The Thirsty Pig has already noted that he’ll be constructing five “Ice-Huts” to this end. Similarly, The CEI Women’s Business Center is providing grants to help purchase “Dining Pods” to businesses that have previously worked with CEI. Businesses will need to balance protection from the wind and elements against providing airflow to keep customers safe.

As if the resilience and ingenuity shown by existing restaurant owners wasn’t impressive enough, more restaurants continue to open. According to Yelp, nearly 6,500 new restaurants and food businesses opened throughout the United States in September alone. The national rate of restaurant openings is at or above levels from 2015-2019. For example, The Boulos Company recently helped restaurateurs Britt Langford and husband Leo Zhang acquire the former Lolita location, where they’ll provide a new Asian take-out option called Jing Yan for the residents of Munjoy Hill come November. Jefe Juans, a sister establishment of Portland’s popular Mash Tun, recently opened on Wharf Street. New businesses in the market to lease will likely look for longer free-rent periods and other concessions from landlords as they backfill vacated spaces. The barrier to entry for new restaurants is lower now than it was in 2018 and 2019, when finding a built-out restaurant for sale or lease was nearly impossible. Not having to fund a full build-out and/or being able to reuse previously installed furniture, fixtures and equipment, drastically reduces the operating capital required for launching a new restaurant business.

Mainers are a resilient bunch and are no strangers to a cold winter. We’ve all ridden out a Nor’easter or two. To take the temperature on the situation, we took a poll via Instagram to ask our audience: “Will you still eat and drink outdoors in December?” The majority hit the “Yes” button. Is that 24-hour poll statistically significant? Probably not, but it’s one more reason I’m betting on Portland’s restaurant scene. And in case you haven’t heard, people from all over are buying homes in Maine, as recently reported by The Motley Fool. While some are just buying second homes, many people from New York, Massachusetts, and as far as Texas and California are purchasing their primary home and finding jobs or working remote as a result of new company COVID-era policies. More out of state primary home buyers means more people to feed, and while these out-of-staters might not want to brave Maine winter temps to eat outdoors, I doubt they’re planning to buy all their food from Hannaford. As the number of out-of-state buyers climbs, I predict the number of take-out orders placed this winter will hit the hockey-stick curve right along with it.

Businesses will keep getting creative with their operations to keep people coming back, patrons will continue to frequent their favorite restaurants, and landlords will get creative to fill newly empty storefronts. The Portland Harbor Hotel’s Ice Bar is one of my favorite annual events, and we will soon get to experience that type of ambiance on a much larger scale and longer timeline. So, throw on your warmest L.L. Bean flannel as we embrace winter with the restaurants and bars we love, and be sure to tip your servers and bartenders well!

A New Home for Botto’s & A Bakery For Sale